The Cathedral of Cefalù: history and legend 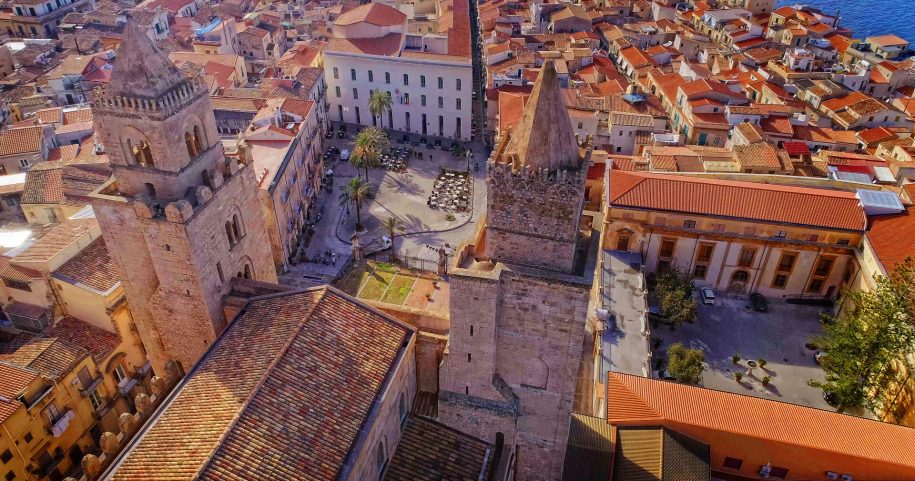 Posted by domenico.laplena on 12 April 2020 | Featured

The Cathedral of Cefalù was founded by King Roger II of Altavilla in 1131.

According to legend, the construction of the building would occur as a consequence of a vow made by Roger to the SS. Salvatore in the middle of a storm, while the king was sailing with his ship to Palermo. In his prayers he promised to build a great church in the place where he touched the ground. Tradition says that the place was Cefalù. The work began on Sunday, June 7, 1131, the Solemnity of Pentecost.

You, who know how to calm the storm,

save us in this hour by your virtue, and I make this vow:

If I come out safe from the waves, and do not become bait for the fish;

if I do not break the shallows, and safe and sound come to grasp any shore of the earth, on this

same shore, in your honor and glory, Salvatore, and of the Apostles, I will build a Temple.”

According to historians, the real motivation for the construction of the Cathedral is to be found in reasons of a political nature, considering its fortress architecture and its strategic position in the center of the northern coast of Sicily. In 1145 King Roger built two tombs of porphyry, one for his mortal remains, the other with the function of cenotaph, to be placed at the extremities of the transept of the Cathedral, which would become the mausoleum of the Altavilla family.

However at his death, occurred in 1154 in Palermo, his body was buried in the Cathedral of Palermo. The tombs that Roger had built remained empty, until Frederick II in 1215 transferred them to Palermo for his own use and those of his father Henry VI.

Would you like to plan your visit to the Cathedral now?
Discover our itineraries
Tags: History, Informations, Itineraries, Visiting
Comments are closed.